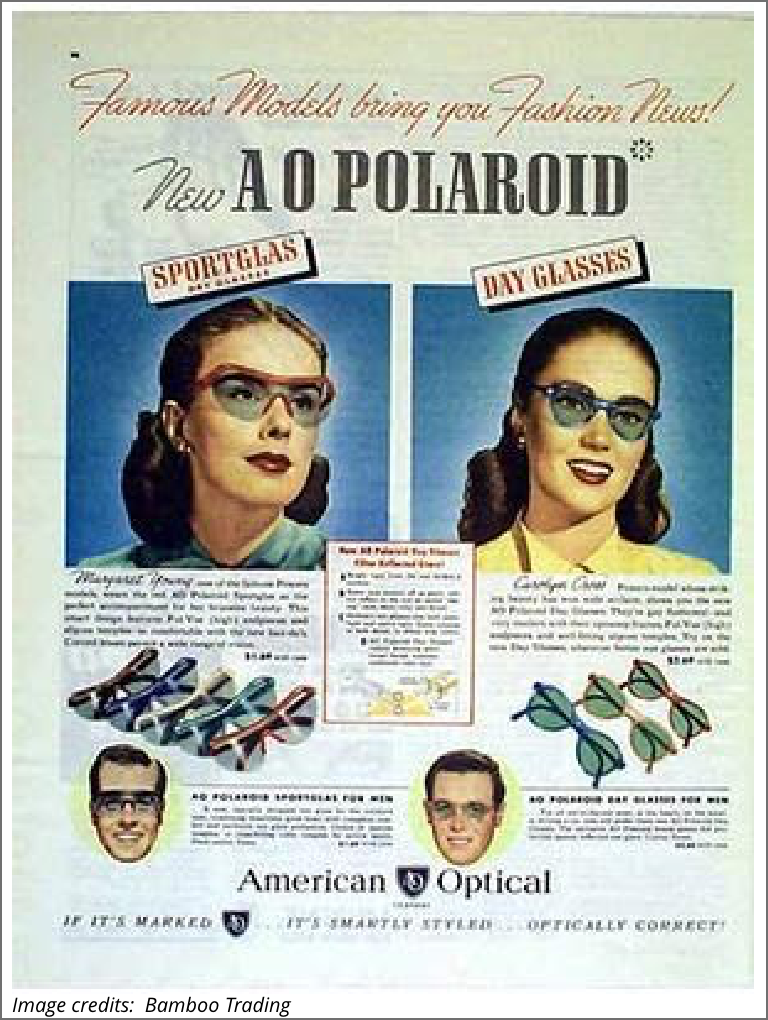 What are polarized sunglasses?

You’ve probably seen or heard people talking about their sunglasses as being “polarized.” Other than thinking it’s some undefined added bonus to your shades, you may have found yourself asking what exactly does polarized mean?

In short, polarization in sunglasses is a process in which glare is reduced. Glare can be caused by light reflecting from water, snow or glass and will distort the true color of objects making them harder to define.

In 1929 Edwin Land invented Polaroid, the world’s first polarizing material intended for commercial use. He later founded the Polaroid Corporation in 1937 where the first polarized sunglasses were produced called Polaroid Day Glasses.

This process is still applied to many sunglasses today, and has remained a desirable feature in eyewear ranging from athletic performance to luxury.

For a deep dive into how polarization works, visible light waves travelling from the sun scatter when hitting a horizontal surface (water, snow, etc) and are seen as white glare or visual noise. Instead of just making everything darker like regular sunglasses, vertical polarized material is built into the lens, dramatically reducing horizontal glare, easing eye strain and making objects in the field of view crisper and more defined. 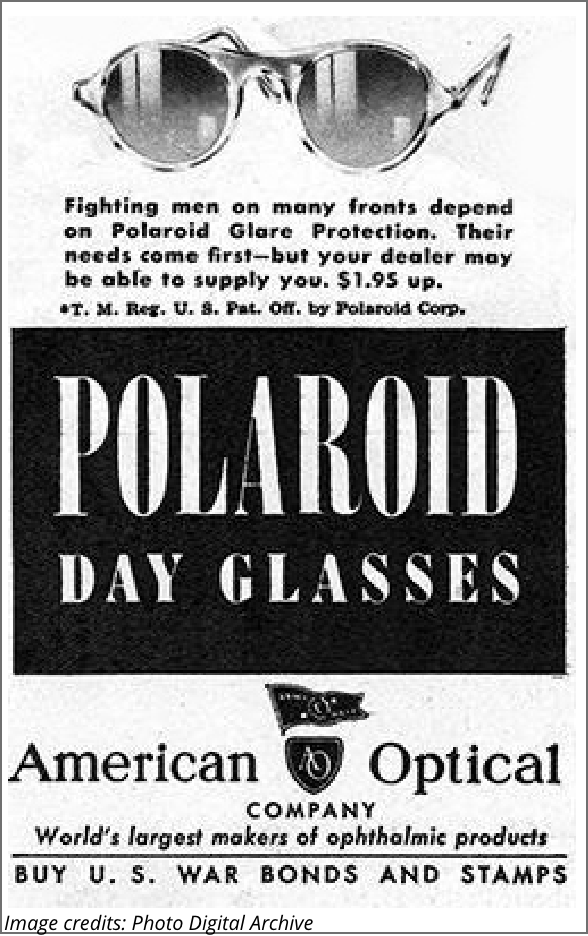 When are polarized lenses the most useful?

Light reflecting from water has particularly strong glare, so boating, fishing or days at the beach/lake are ideal situations. Fishing in particular since visual depth beneath the water’s surface is greatly increased. Sunny day driving as well as snow glare on flat landscapes are great times to take advantage of polarized lenses.

If you’re seeing rainbow/prism patterns in car windows, it’s a visual phenomenon associated with polarized lenses called stressed birefringence. In short polarized lenses react with tempered glass found on side and rear car windows much in the same way rain droplets refract sunlight. If this effect is too distracting while driving, it’s best to use non-polarized lenses.

When should polarized lenses be avoided?

Unless you’re Corey Hart, obviously night time wear should be avoided. Using an electronic device outdoors that does not have a backlit screen will be difficult to view while wearing polarized lenses. Polarized lenses worn for downhill skiing/snowboarding can sometimes be helpful, but remember, polarized lenses are meant to filter horizontal (surface) glare, not an incline/decline glare off of a ski slope. There are specialized ski/snowboard glasses and goggles that are better suited..

In most cases polarized sunglasses are the superior option when you’re trying to battle sunny glare. At Eyedictive, we always list polarized lenses as a feature when applicable so you’ll be sure to be informed when shopping or browsing our site. Now you can brag to your friends or impart some wisdom to that cutie at the next cookout or sunny day gathering.